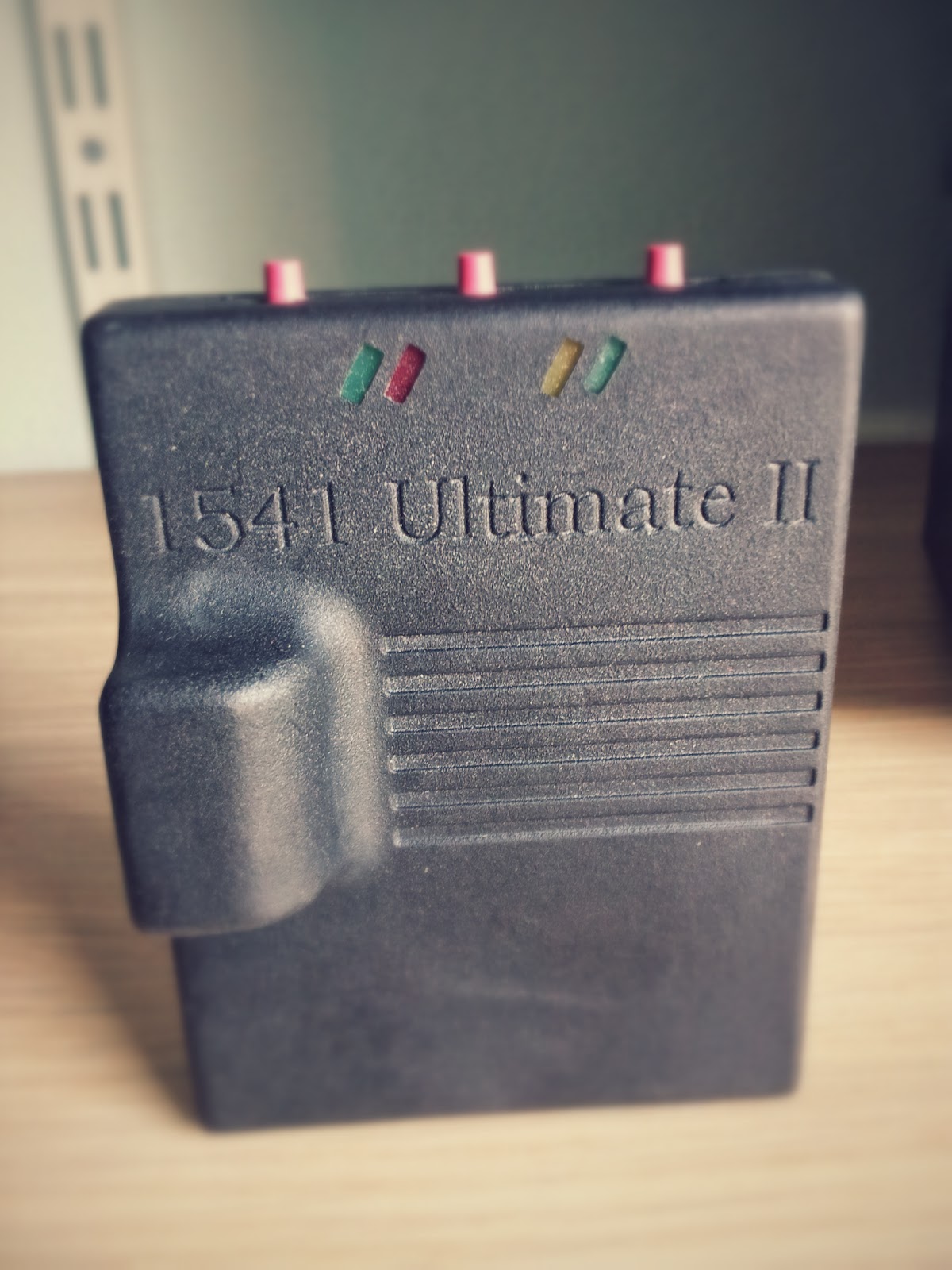 The 1541 Ultimate II (UII from now on) is a device for your Commodore 64/128/SX, and it enables you to use MicroSD cards and other USB devices (sticks, disk drives) with your classic micro computer. But it can do a LOT more, which will become more clear with a series of posts.

I love this device but the documentation for it is terrible and outdated, so I decided to play around with it and see what kind of functions and features I can get running (or not) and document those.

These posts will be updated if and when I receive new information or find additonal problems/solutions.

This first post is about using the UII on different CBM machines and hardware combinations. Later posts will be about functionality.

Use the most recent version of the firmware, unless it breaks something important you want to use. I am running the 2.6k firmware which is the latest at this moment (oct 2014).

Firmware updates can be downloaded from the official site.

Updating the device is easy:  you put the downloaded update.bin file in the root of your SD card and turn on your computer. The UII will reset and it will run the update tool. Putting the update file on a USB device will not work, you must use the SD card.

The UII was made for the C64 and it shows. The device works flawlessly.

I do not own a standard C128 (an issue I will have to solve soon) so I was unable to test scenario's on a C128.  Reading about it on the internet suggests there are no real problems with using a C128.

There are some differences though. Using a UII on a C128 has some disadvantages because the UII does not support certain features. These are:

If the C128 goes into C64 mode when turned on you must disable any C64 cartridge image. Enter the UII and press F2, select the option ‘C64 and cartridge settings’, select the ‘Cartridge’ option, press ENTER and select ‘none’.

In addition to the changes described above, the C128D has a built in floppy drive located on device ID 8, and there are bound to be some troubles.

Insert and connect the UII in your C128D, and turn it on. This may result in not getting a READY prompt. Resetting the C128D again with the reset button does give a READY prompt though.

The device ID for the built in 1571 is 8, but that is also the ID of the virtual drive in the UII. There are people who disconnect the physical drive by cutting wires etc. I shudder at the thought of doing that, so I set the UII device ID to 9 and 10. To do this, press F2 and go to the option ‘1541 Drive A settings’, then set ‘1541 Drive Bus ID’ to the appropriate value. Do the same for Drive B, or disable it.
Using drive id 9 or 10 can cause some problems with disk based multiload programs as these expect 8 or 9. This can be solved by giving the built in drive a higher device number, and then using id 8 and 9 for the UII virtual drives.

How to do this. First, assign device number 11 to the built in drive by entering the following commands:

You can now set the first UII drive to id 8. This will also re-enable the use of the default C128D drive commands, like DIRECTORY, DLOAD, etc. This change is of course temporary. The internal drive will be number 8 again after a restart or reset of the machine.

You may also have problems when loading or mounting disks. This often happens because of a timing setting in the UII. There are two settings in the ‘C64 and cartridge settings’ menu that might need adjusting. I use 100ns for the setting ‘CPU Addr valid after PHI2’, and ‘PHI2 edge recovery’ is set to Enabled.

Considering all these issues and work-arounds I suggest you use a Commodore 64 or 128 (minus the D) with the UII: it just is not worth the hassle. Still, it IS possible to use the cartridge on a 128D.

I personally have small issues when using the cartridge in my SX-64.

There are issues, and mostly these are about the same issues as reported under the C128D section: timing settings and the internal drive. You can play around with those settings when you experience problems, with one exception: you cannot change the internal floppy drive ID as you can with the 128D, unless you open up your SX-64 and modify the hardware. I've been working with the UII on the SX-64 for a bit and of course the UII works great as drive 9, but multi-load games and demos suffer. The UII drive WILL work as drive 8, but the internal disk drive will be in a constant error state as they will be in conflict, but loading files DOES work.

I've read that early SX-64's were not able to use the REU (RAM Expansion Unit) cartridge by CBM. Later models were able to, as of serial number GA4. As the UII has REU functionality this may or may not be a problem for you.

The SX-64 also does not have a cassette port. So if you want to make TAP files using your own tapes, you are out of luck with the SX-64.

Again, as the SX-64 is basically a C64, use that instead for your tinkering.  As with the C128D you can disconnect the internal drive. I don't like to modify the hardware though so I just use my C64. Those are cheap you know, unlike my SX-64 :)

It shows that the UII was initially made for the C64. It can be used on different hardware of the same family but not without small quirks and some issues.  My advice is to use a C64 for your general use, and only use the other machines if you REALLY have to (or have no other hardware of course)

The next post will be about using the UII file types. See you then.